Where has the time gone?

At the time of writing there is only one week until our ferry from Le Havre back to Blighty.

So, Autumn and Winter: We spent a long time at Camping Didota in Oropesa del Mar after the big drive back from Croatia, took up jogging, got in guitar practice every second day, and stood by as the temperature crept down from the high 20s to loitering between 16 and 20.

Eventually, it was time to move further south for nicer climes and we made our way over to Portugal, via a huge, beach-side camp at Mazarron, an Aire on the harbour wall at a marina, and a very run-down ‘tropical’ site between Malaga and Marbella – not such an aesthetically pleasing part of coastline.

South of Cadiz we found an ideal little site with lots of sun, high-speed internet, and farms around it, but there was absolutely nothing to do and nowhere you could get to without the rigmarole of rearranging the interior of the van and driving, so three nights proved enough. 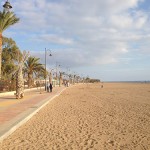 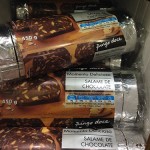 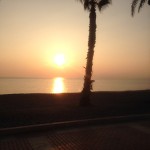 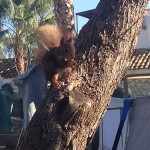 Mazarron’s seafront; Chocolate Salami in Portugal (no meat); A gorgeous sunset; A Red squirrel in Altea

We crossed into Portugal mid-December, time enough to meet with Chrys’s Aunt and Uncle who have a house in Lagos, near where we stayed in Alvor. It was hanging on to the low 20s, very well priced and very pretty, alas the quirky camp was quite full and we ended up in the furthest possible spot from everything, at the bottom of a steep hill, where the Wifi signal was dire.

Arriving at the decision to go back into Spain, we drove past Seville and found ourselves in the strange, half-built town of Humilladero, home to a swanky new camp which had approximately five guests in residence. While cold at night, the temperature ‘soared’ to the mid 20s by day, giving us the hottest weather we’d had since Slovenia. 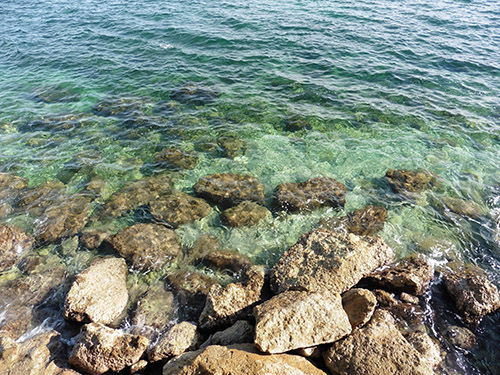 Christmas was imminent and, against our saner judgement, we decided to go back to Benidorm for a bit of life, only to find the camp had misled us about space, offering the equivalent of some adjoining waste ground if we wanted it. No.

Thankfully, just around the corner from Benidorm is Altea, an altogether different experience: Not a vulgar highrise or mobility scooter in sight, but a quaint promenade with restaurants, cafes, and its own castle. The camp had space, enabling us to avoid a Mary and Joseph tale of woe for Christmas. 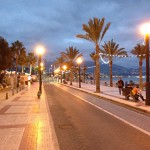 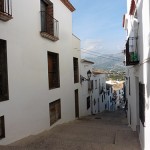 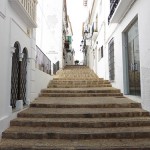 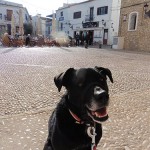 Altea promenade by night; Around the Old Town

Come the day, we adorned the van with a tiny LED tree, roast turkey dinner with most of the trimmings, and space-savvy gifts. Though the camp hiked its ACSI price from €16 to €19 from January 1st, we decided to stay put, fearing less enticing accommodations if we left, and drove away on the 28th, back to Oropesa for a couple of nights before the mammoth drive to the border, and then up through France to Le Havre, where Neelix has an appointment with the local vet before we board the ferry back to Portsmouth on February 7th.

Final photo opps on the beach at Oropesa the day before leaving Spain.
(We’ve been cutting our own hair before you ask)