Our first point of order after crossing from Austria, through Italy, and into Slovenia, was to get a vignette in order to use their major roads. €15 for seven days capped our time in the country, but it didn’t matter as we had such a great time there.

We went straight to the huge (and only) campsite at Lake Bled, one day ahead of the renewed ACSI low-season rates. The emerald green lake is home to a tiny island with a church at its centre, dozens of wooden rowing boats slowly creep across the surface, along with paddleboarders, people swimming the kilometre from shore to the island and back (I had a go on our final afternoon). The camp was also home to the most nationalities in one place we’d encountered so far, almost every country was represented.

We stayed five nights and spent the first day ambling around the perimeter of the lake, about 8km in total, visiting the town of Bled, and sampling the local delicacy, Bled Cake, which was a sweet tooths dream. 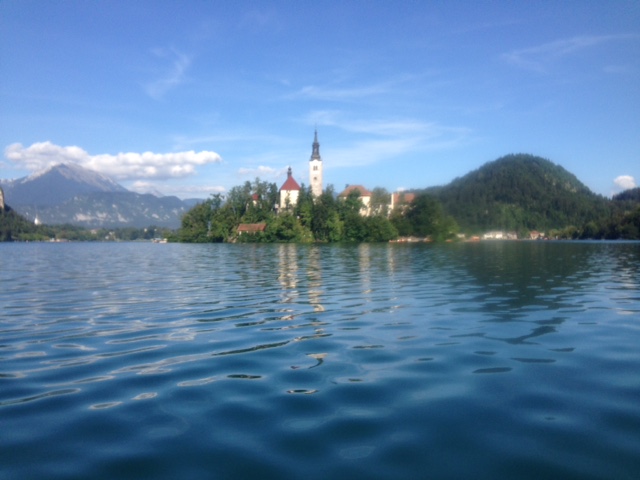 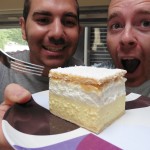 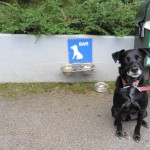 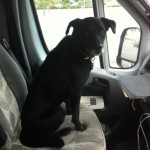 Top: The church at the centre of Lake Bled.
Bottom: Nom-nom Bled Cake; Neelix at the Dog Bar; the lakefront ‘beach’; Neelix navigates

Fortunately, the sun returned with a vengeance the following day (after a fair bit of rain and mud), and we rented one of the row boats for an hour to paddle to the island, captained by Neelix, and relaxed on the little beach in front of the camp.

We walked 5km to Vintgar Gorge, taking us through tiny Slovenian hamlets, up farm tracks, through 30 degree heat and, ready to collapse on arrival, discovered the gorge was another 1.6km from one end to the other, plus the 5km return journey. But it’s beauty trumped the aching legs and gallons of sweat, I proclaimed it to be the most beautiful place I’ve ever seen, like something edited out of a Lord of the Rings scene, just pure serenity, the clearest water yet seen (I know we keep saying that), roaring waterfalls, and not yet marred by the presence of a Starbucks. 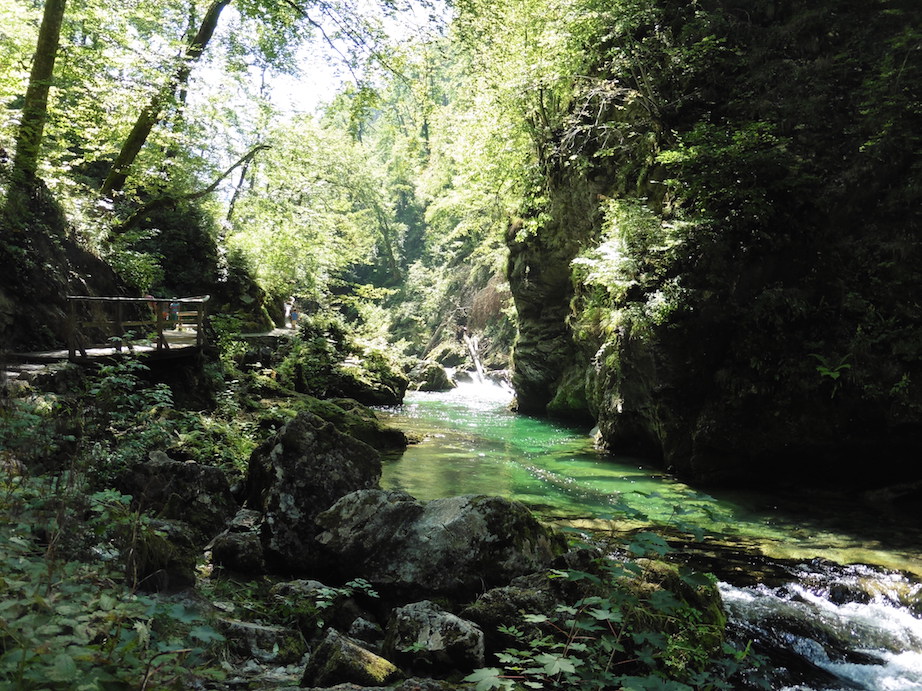 Though the huge trek to the gorge wore us out, with so little time available in the country, we wasted none of it in driving 30 minutes to Vogel, for the cable car trip we’d had to skip in Switzerland. Quite the connoisseur of various modes of transport by now, Neelix was nonplussed with the cable car itself, but gazed in a perplexed manner from the top of the mountain at the minute features below. Against the €435 odd it was going to cost the three of us at Jungfrau, Vogel’s cable car journey came for the comparably ample cost of €31.

We were sad to leave Bled in the end, but with one day left on the vignette, we were Croatia bound the next day, stopping off to explore the Slovenian capital of Ljubjana, sampling delicious local ice cream and wandering through a medieval market, before going on to a camp at Pivka Jama, deep in the woods, and also deep in the 80s, highly reminiscent of my Yugoslav accommodations from a family holiday in 1985. But it only served to add character.

No sooner had we passed border control, we said we’d definitely revisit Slovenia in the future. It’s awesome 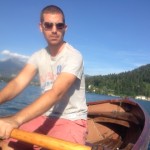 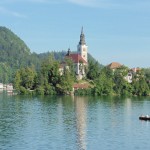 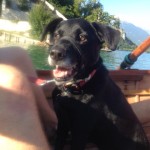 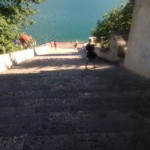 Above: Our row to Church Island
Beneath: The Vogel cable car, loads cheaper than Switzerland 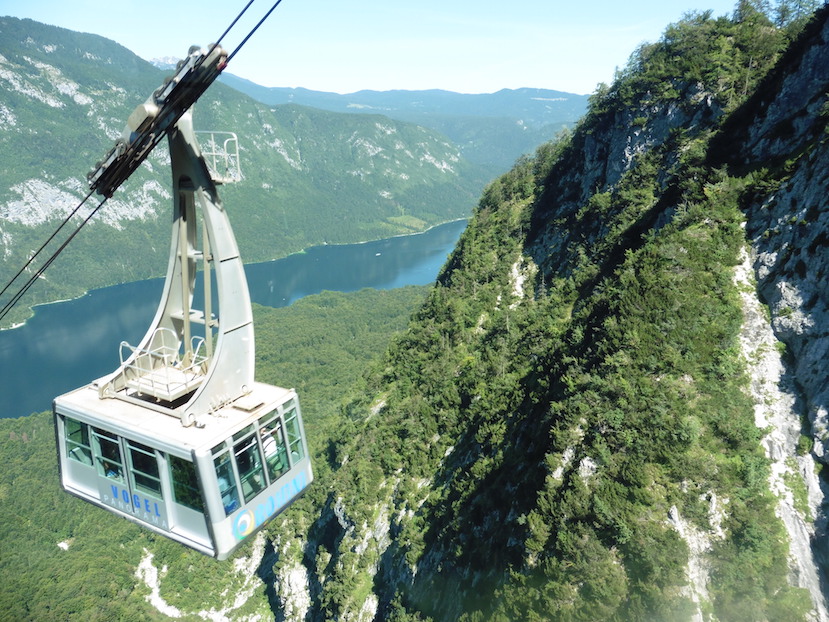